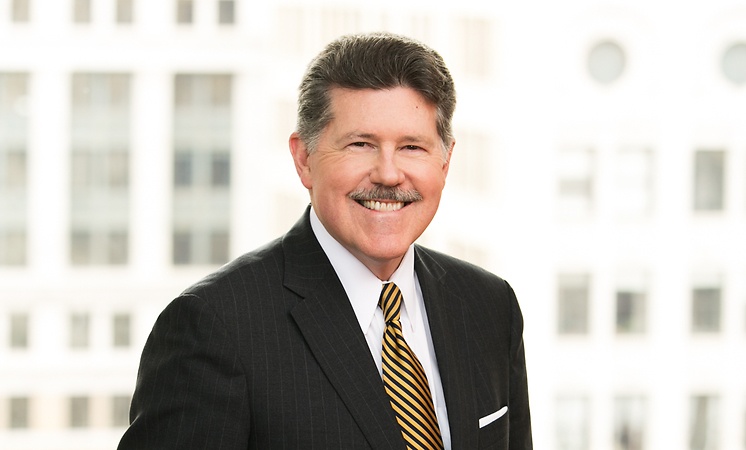 Patrick is a highly sought after lawyer in porch and deck collapse cases due to his extensive experience and numerous successes.  Patrick represented several victims of the 2003 Lincoln Park porch collapse and was instrumental in brokering a global settlement of $16.6 million. He secured a record-setting $4 million settlement for a young woman who fell from a porch when a railing broke away. It is the highest settlement in Illinois for an injury resulting from a defective porch railing. In another case, Murphy was successful in securing $2.15 million for a couple who were injured when a deck railing gave way and they fell to the ground.   He also represented the surviving family of a young man killed when he fell through a porch railing at a New Year's Eve Party.  The decedent's blood alcohol level was .345 when he fell.  Mr. Murphy settled the case for $2.7 million.  He also represented a McHenry County woman who fell one story as she stepped onto her deck from her kitchen, settling for $1 million.

Patrick has more than fifty settlements and verdicts of $1 million or more. Among his many accomplishments is a $7.5 million settlement that was secured on behalf of his client, a nationally renowned oboist from the Chicago Lyric Opera and Grant Park Symphony, whose musical career was ended when she was struck by a Chicago Transit Authority bus while crossing a Chicago street. Patrick also obtained a record-high settlement of $2.5 million for the death of an 88-year-old woman, who was killed when the car she was riding in was hit from behind by another car. In another case involving senior citizens, Patrick secured a $6.8 million settlement for a 69-year-old woman and her 71- year-old husband for injuries she sustained when she was hit by a bus.

Patrick was profiled in Leading Lawyers Magazine - Consumer Edition for 2011, in an article entitled, "Gentleman Lawyer for Injury Victims."  The article highlights Murphy's extensive experience and success in representing victims in porch collapse cases.  The media often reports on Patrick's outstanding record of success and his extensive experience. His verdict in a high-profile railroad case was chronicled on "Good Morning America," ABC's national television morning news show. He was highlighted on "Inside Edition" for his handling of one of the cases from the Chicago porch collapse tragedy of June 29, 2003.  In a show dedicated to child safety issues, Oprah featured Patrick’s wrongful death case of 12-year-old Catherine "Casey" Fish, who choked to death while playing a game of Chubby Bunny - stuffing marshmallows into one's mouth - in her grade school classroom. And recently, he was featured on Fox News for his representation of a woman seriously injured when her second story deck collapsed.

Patrick also served as a legal commentator for Fox News Chicago regarding a young man who fell to his death at a Chicago Bear's game at Solider Field.

Since 2020, Patrick has been named to The Best Lawyers in America. Recognized as an attorney in the top 5% of all Illinois lawyers by the Leading Lawyer Network, Patrick is an Illinois Super Lawyer and has an AV rating - the highest level awarded for professional excellence - from the Martindale-Hubbell Law Directory. He is also a designated member of Lawdragon 500 Leading Lawyers in America, a distinction awarded to only 500 of the 1.2 million lawyers in the United States. Since 2019, Patrick has been selected to Lawdragon 500 Leading Plaintiff Consumer Lawyers. Since 2015, Patrick has been selected to the national Irish Legal 100, the top 100 attorneys and judges of Irish descent.

The author of numerous legal articles, Patrick is a frequent lecturer for various bar associations and is an adjunct professor at Loyola University Chicago School of Law, where he has regularly taught since 1987.

In 2019, he was appointed to the Board of Directors of the Catholic Lawyers Guild of Chicago.

Mr. Murphy began his career as an Assistant Public Defender with the Cook County Public Defender's Office. Before becoming a lawyer, he worked for A.B. Dick Company in marketing and sales.

The Best Lawyers in America, 2020-present

Lawdragon 500 Leading Lawyers in America - Named one of the top 500 lawyers in the nation.

The National Association of Distinguished Counsel - Nation's Top One Percent

The National Association of Distinguished Counsel

The Society of Trial Lawyers