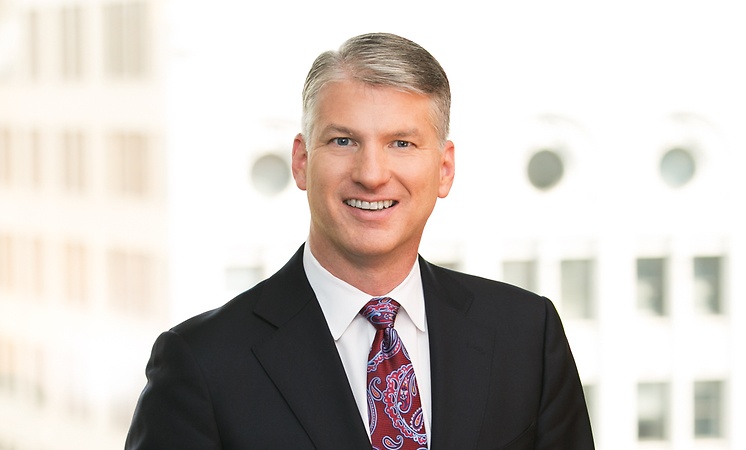 Kenneth T. Lumb joined Corboy & Demetrio as a Chicago personal injury and medical malpractice lawyer in 1995 after a tour of duty in the United States Army.  Ken was named Partner in 2015 and Managing Partner in 2019.

As a captain in the Army's Judge Advocate General's Corps (JAG Corps), Mr. Lumb served four years as the Medical Claims Judge Advocate at Walter Reed Army Medical Center in Washington, D.C. His duties at the Defense Department's largest medical facility included medical malpractice defense and hospital law. He has also served as a Special Assistant United States Attorney. In 2003, he was mobilized in support of operation "Enduring Freedom" and spent six months on active duty at Walter Reed for which he received a Meritorious Service Medal. Mr. Lumb is currently a retired major in the U.S. Army Reserve.

As a personal injury and medical malpractice trial lawyer at Corboy & Demetrio, Ken has obtained numerous multi-million dollar verdicts and settlements on behalf of his clients. He obtained an $11 million verdict on behalf of a child who suffered brain damage at birth; a $10.5 million verdict for the estate of a woman who died after being improperly anesthetized for hip surgery; a $1.75 million verdict for the family of an infant who died as the result of medical negligence; and a $1.7 million verdict for the family of a man killed by a packaging machine at a Nabisco plant. He has also secured, along with partner, Philip Corboy, Jr., a record-setting settlement of $7 million for a woman who was injured when she was struck by a malfunctioning automatic door as she entered a Target store.

In 2005, Ken was honored and profiled by the Law Bulletin Publishing Company as one of "40 Illinois Attorneys Under 40 to Watch." He is a member of the Leading Lawyers Network, a distinction earned by fewer than 5% of all lawyers in Illinois, and has an AV rating - the highest possible for any attorney - from the Martindale-Hubbell Law Directory.

Ken is the co-author, along with Thomas Demetrio, of the column "Med-Mal Matters" in Chicago Lawyer magazine.  In addition, Ken has authored other legal articles and book chapters.  He also lectures on a variety of legal and military topics.

The Best Lawyers in America, 2019-present

Spinal Cord Injury Association of Illinois, Board of Directors

Anima(Young Singers of Greater Chicago), Board of Directors