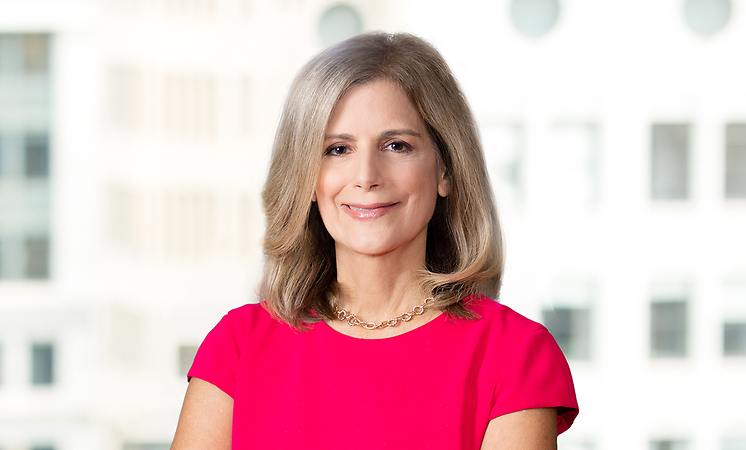 Helen Lucaitis is a former COURT TV Reporter as well as Legal Analyst and Courts Reporter for FOX5 News in New York City who brings 15 years of legal journalism experience, including eight years at the national level, to her position of Chief Marketing Officer at Corboy & Demetrio. She is also an attorney and a former Deputy Attorney General in the Indiana Attorney General’s Office.

Helen obtained a J.D. from Indiana University McKinney School of Law, a master’s degree from Northwestern University Medill School of Journalism, and a Bachelor of Business Administration from Saint Mary’s College.

Since 2011, Helen has guided Corboy & Demetrio’s strategic marketing and media relations efforts in the firm’s highest profile cases including the 2017 removal of airline passenger Dr. David Dao, which resulted in media coverage by the New York Times, the Wall Street Journal, the Washington Post and almost every major newspaper around the world.  Media coverage of the news conference held by Thomas Demetrio and the Dao family was broadcast live by CNN, MSNBC, CNBC, Bloomberg, FOX News Channel, FOX Business and by every major newspaper globally.

She currently serves on the Board of Directors of Lawyers Lend-A-Hand to Youth, which provides tutoring and mentoring for at-risk youth, and she has served as a board member of Elpides, a New York City based hotline for domestic abuse victims in the Greek community.

Helen has served as publicity chair on the Center for Disability & Elder Law’s Annual “Light Up the Loop” benefit for several years.

A decade ago, seeing the need for networking and support for special needs families, Helen co-founded Avoca Diverse Learners, a support and networking group for parents of special needs children in her school district where she remains its co-leader.

Helen is married and lives with her husband and two daughters in Glenview, IL.