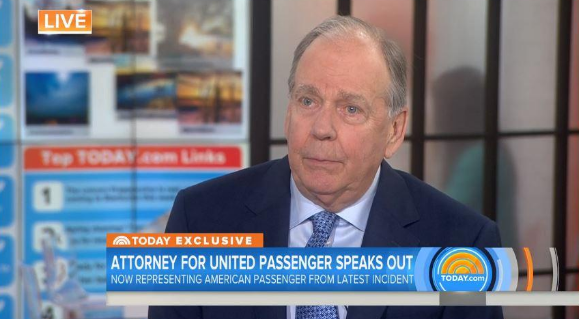 Thomas also appeared live on MSNBC and CNBC to discuss the case the same day.  He also sat down for a taped interview with NBC News Aviation Correspondent Tom Costello for another story for NBC Nightly News.

On April 24, 2017, Thomas was also interviewed by ABC News for stories that aired on World News Tonight and Nightline.

The following day, on April 25, 2017,  Thomas Demetrio’s interview appeared in another story on The TODAY Show.