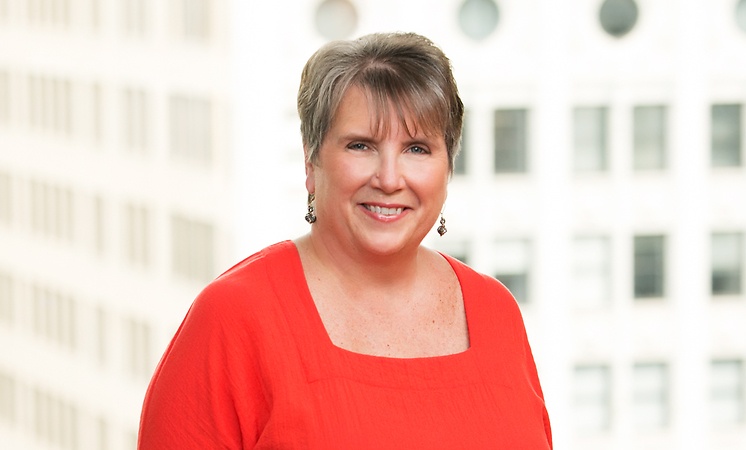 Attorney Susan Schwartz joined Corboy & Demetrio in 1980 following graduation from Loyola University Chicago School of Law and became a partner in 1994. Her practice centers on representing patients and their families in complex medical negligence personal injury and wrongful death actions. Susan's outstanding career as a personal injury lawyer was profiled in a feature article, "Shunning the Limelight, Her PI Career Speaks for Itself," in the Leading Lawyers Network Magazine.

As an experienced and successful medical malpractice lawyer in Chicago, Susan has achieved numerous multi-million dollar verdicts and settlements on behalf of her clients. She and her trial partner, medical malpractice attorney David R. Barry, Jr., secured a record-setting $22 million verdict for the family of a Chicago woman who died during child birth. It is the largest verdict in Illinois for the death of a woman.

In 2015, Susan’s impressive work resulted in a $14 million settlement on behalf of an 8-year-old girl, who when seven weeks old, was admitted to an Illinois hospital for bronchitis and was intubated improperly, resulting in cerebral palsy.

And in 2016, Susan and David R. Barry, Jr. obtained a jury verdict of $10 million for a Chicago physician, who sustained an unrecognized 4th degree tear from her vagina to her rectum during forceps delivery of her baby.  The wound became infected, compromising subsequent repairs, resulting in a persistent recto-vaginal fistula.

After a 17-year legal odyssey with two Illinois Supreme Court opinions, Susan and Thomas Demetrio obtained a $14.6 million settlement against the Chicago Board of Education and the Chicago Youth Centers on behalf of a 13-year-old Chicago Public School student.  He broke his neck and was rendered a quadriplegic when he struck his head while preforming a flip on a mini trampoline during a lunch period extracurricular class.

Susan’s lengthy record of success also includes a $9 million settlement on behalf of a 74-year-old nurse’s aide who suffered bilateral below-the-knee amputations as a result of the failure to timely diagnose and treat an acute arterial blockage.

In 2014, Susan, along with Chip Barry, obtained a $5.25 million settlement on behalf of a 53-year-old man who suffered a lumbar puncture while he was on aspirin and Lovenox.  He developed a spinal hematoma as a result.

When a 13-day-old infant was electrocuted when the EKG leads on an apnea monitor were plugged into a wall outlet by a nurse, Schwartz was successful in securing $4 million for the parents of the infant.

Susan obtained a $3.5 million settlement in 2015 on behalf of a woman who suffered an undiagnosed spinal epidural abscess during pregnancy.  The young mother, who had a history of back problems, is partially paralyzed.

Susan obtained another $3.5 million settlement on behalf of the estate of a 64-year-old artist who died as a result of being force fed through a feeding tube that was incorrectly inserted in her lung instead of her stomach.

In 2013, Susan obtained a settlement of $3.25 million on behalf of a child injured during delivery.  The baby sustained cranial trauma, resulting in subtle cognitive impairments and mild motor delays after a failed vacuum delivery.

Also In 2013, Susan obtained a $2 million settlement against the University of Chicago on behalf of a patient who suffered two drop feet and a neurological pain syndrome after back surgery. An implant placed during surgery was pressing on a lumbar nerve root.

A physician who was disfigured when her employer hospital supplied her with an excessive dose of steroids for an acute asthma attack was awarded $1.5 million in a settlement secured by Susan. In a wrongful death action against a moonlighting emergency department physician, she won an award of $1.7 million for the widow of a 73-year-old man who died of complications from an undiagnosed leaking aneurysm.

Susan secured a $3.2 million dollar settlement for the family of a man who died from a heart attack when Chicago Fire Department paramedics could not resuscitate him because the batteries in their defibrillator had not been maintained or replaced every two years in accordance with industry standards.

Susan obtained a $1.8M settlement in 2014 on behalf of the Estate of woman who died from sepsis after injuries incurred during a routine colonoscopy procedure.

She is an active member of several bar associations and has lectured locally and nationally at bar seminars and continuing legal education programs on topics ranging from trial practice techniques to alternative methods of dispute resolution. She has spoken about health care issues to doctors, nurses and lawyers at workshops and seminars conducted by their professional organizations. She also has spoken at conferences conducted by the Institute for Health Law at Loyola University Chicago and has served on the faculty for the National Institute for Trial Advocacy (NITA) for a video series on the cross-examination of experts.

Susan is a contributor to the guidebook, "Medical Malpractice," published by the Illinois Institute of Continuing Legal Education in 2010 and co-authored the chapters on "Duty" and "Proximate Cause." She has also co-authored a chapter in "Operative Obstetrics."

Appointed by the Illinois Supreme Court to the Court’s Committee on Character and Fitness, Susan served as a Commissioner from 1999 until 2007. She is a Past President of the Board of Governors for Loyola University Chicago, School of Law, as well as a former officer and member. Susan served on the Board of Directors of the Woman's Bar Foundation from 2010-2015.  She currently serves on the Advisory Board of the Coordinated Advice & Referral Program for Legal Services(CARPLS) after previously serving on its Board of Directors from 2010-2019, including serving as the board's secretary from 2016-2018.  Susan also serves on the President's Council of Almost Home Kids.

The Best Lawyers in America, 2021 Edition

Loyola University Chicago, School of Law, Board of Governors, President

American Board of Trial Advocates, Advocate