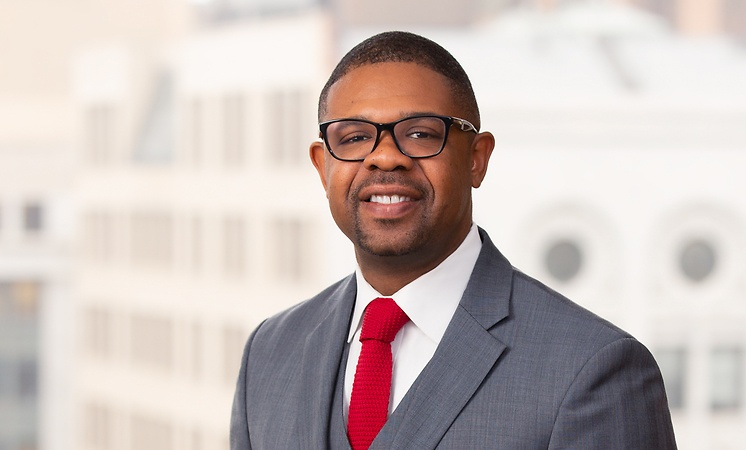 L. Michael Flanagan joined Corboy & Demetrio as a lawyer in 2018. He practices in all areas of personal injury law.

Prior to joining Corboy & Demetrio, Michael was the principal of Flanagan Injury Law Group, LLC., a plaintiff’s personal injury firm.

In 2014, Michael held the position of law clerk for the Honorable Matthew Kennelly in the United States District Court for the Northern District of Illinois where he assisted the court with numerous jury trials. Simultaneously, he was also awarded a prestigious fellowship as a law clerk in the Cook County Bureau of Finance where he assisted in drafting contracts and advanced legislation.

As a law clerk, Michael garnered extensive experience in every step of the personal injury litigation process including drafting motions and second-chairing personal injury arbitrations and trials.

Prior to law school, Michael honed his communication and client relations skills as a salesman at several top Chicago radio stations.  Michael is a 2005 graduate of Howard University in Washington D.C., where he led students as Vice-President of the NAACP, was a legislative intern on Capitol Hill, and was published in numerous publications including Sports Illustrated On Campus while serving as the Assistant Sports Editor of the school newspaper.

As a native Chicagoan, Michael remains deeply involved in his community as a member of the Apostolic Church of God and Union Lodge 155 PHA, Free and Accepted Masons. In 2019, Michael was appointed to serve on the Board of Directors of the  Cook County Bar Association, the oldest bar association of African-American lawyers in the country.

Appointed to Illinois Prince Hall Masons Legal Committee for the Grand Lodge of the State of Illinois, 2018