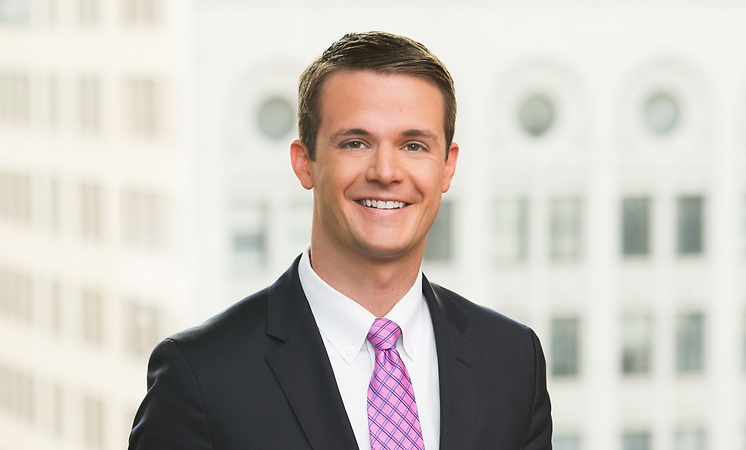 Andrew P. Stevens joined Corboy & Demetrio as a lawyer in 2016.  He practices personal injury law in all areas including aviation and environmental negligence.

Andrew was named to the 2021 and 2022 Editions of Best Lawyers: Ones to Watch, which recognizes attorneys for their outstanding professional excellence.

In 2020, Andrew was also selected to The National Trial Lawyers Top 40 Under 40.

From 2013 – 2015, Andrew served as Head Law Clerk and Post Graduate Clerk at Corboy & Demetrio where he worked on aviation crashes, medical malpractice cases, motor vehicle collisions and a case where more than 50 complaints were filed on behalf of men whose sperm was destroyed while stored in a cryogenics lab owned by Northwestern Memorial Hospital.

In addition, Andrew conducted extensive research and drafted memoranda regarding the NFL and NHL litigation.

In 2013, before joining Corboy & Demetrio, Andrew worked as Law Clerk at the Cook County State’s Attorney’s Office and had a 711 license allowing him to argue motions and examine witnesses before the Honorable Evelyn Clay during criminal trials.  Andrew also drafted responses to motions to quash and suppress evidence in felony possession of narcotics cases.

Andrew remains very involved with Loyola’s law school, serving as a member of its Young Alumni Committee and as Head Coach of Loyola’s Criminal Law Mock Trial Team.  In 2018, he was selected Mock Trial Coach of the Year by Loyola.

In 2019, Andrew was appointed to the Chicago Bar Association’s Judicial Evaluation Committee, serving on its Investigative Division.  He is an active member of the CBA’s Young Lawyers Section. In 2016, Andrew was appointed Special Projects Coordinator, organizing and leading a project that answered Santa letters and provided Christmas gifts to 500 disadvantaged students in Chicago Public Schools.  Andrew also currently serves on the Auxiliary Board of the CBA's Lawyers Lend-A-Hand after previously serving as a volunteer in its tutoring program.

Andrew is a member of the Illinois Trial Lawyers Association.  He is licensed to practice law in the State of Illinois and in the U.S. District Court for the Northern District of Illinois.

In 2017, Andrew was appointed to serve on the Board of Directors for the Spinal Cord Injury Association of Illinois.

In his spare time, Andrew and his dad, Mark, are trying to attend a baseball game together in every Major League baseball stadium, visiting 28 of 30 so far.

Board of Directors, Spinal Cord Injury Association of Illinois